In the last couple of days I've been improving the meeting page.

This is the page where the meeting I/O gets managed.

Here's a screenshot of how things are looking as of now. 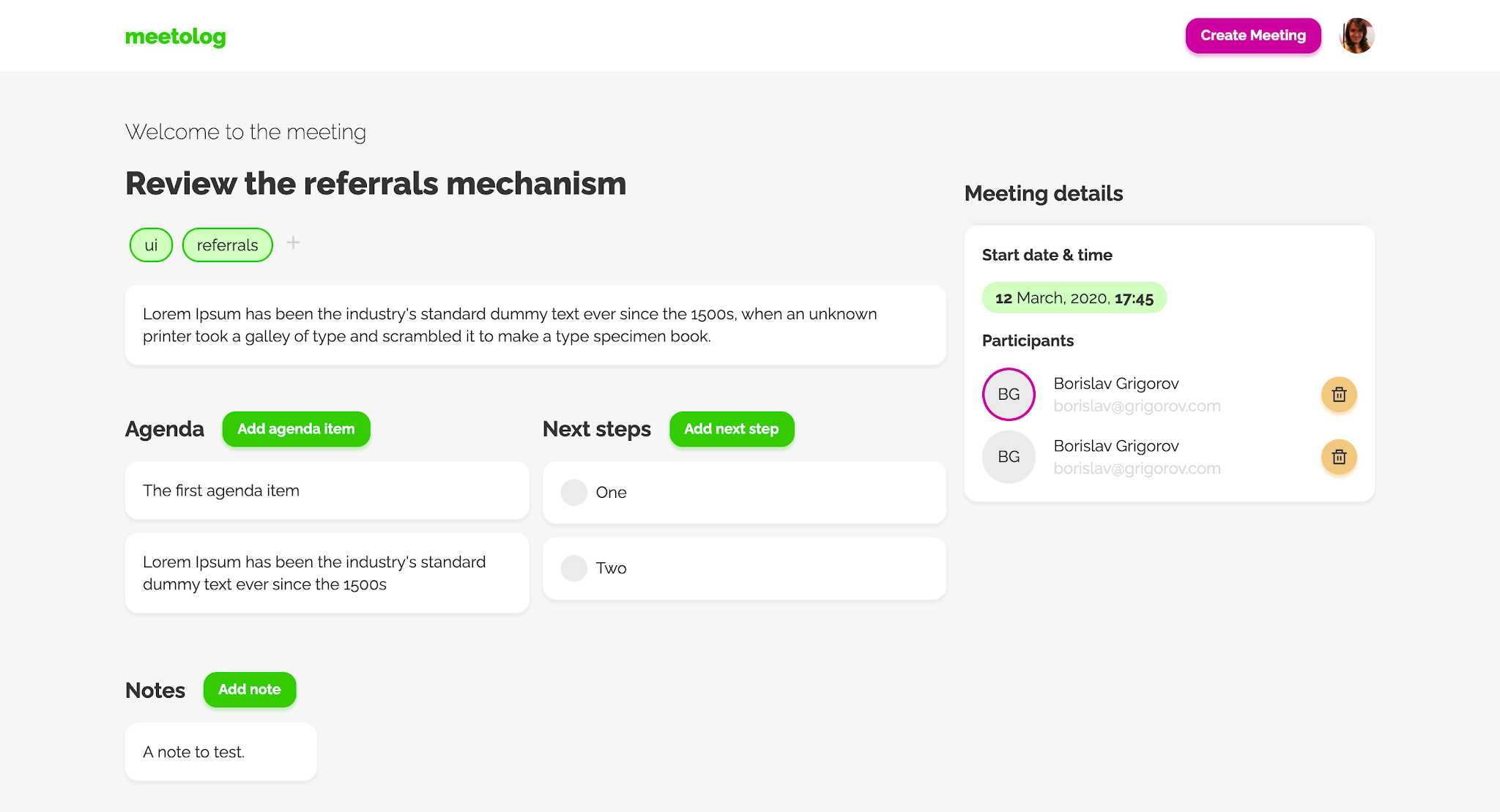 You can see that I'm progressing slowly, but steadily. Since the last update, I've added a couple more sections.
That's it for now.
building in public meetolog